Photo: 5th May  all 9 Boys, Devi House Mother, Ludhiyamma House Grandmother, Pastor John victor and his wife.
A day at the Zoo and the beach
​The boys are on School break and all boys excelled at school this year and are all going up a grade whrn scholl goes back on 12 June .

In March we celebrated  KIKKIDAPU Karthik Photos The Boys love Birthday,s and cake, after they went out and played cricket 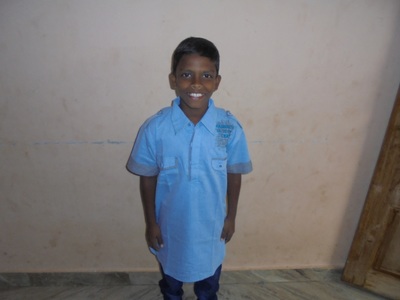 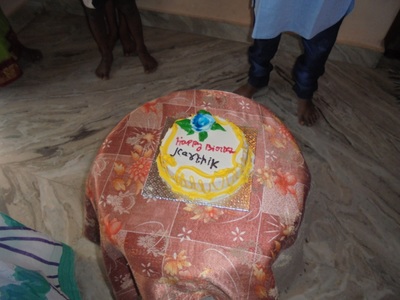 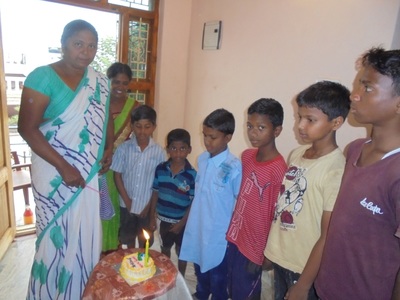 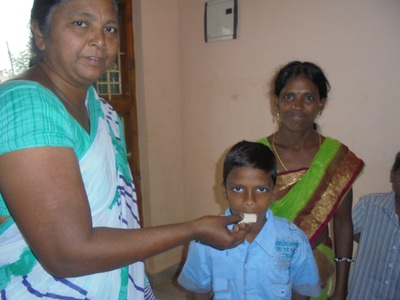 ​20th of January 2016
​We celebrated the 3rd anniversary of our boys’ home.
Our co pastors and senior pastors and believers came and conducted a thanksgiving church service at 10am followed by lunch and a party was celebrated after the service, full of  fun.
Our boys’ home is running well, the boys are doing very well with  their studies
Pastor John Peter visits weekly to boys home, with cricket and other games and Bible study and songs. 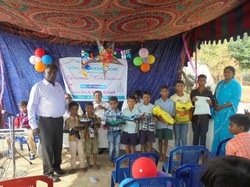 ​Christmas 2015
boys home with celebrations presents, games,  lots of fun.
LUDHIYAMMA: House Grandmother
On Monday 27th October 2014, Ludhiyamma (a widow), began working at the Boys Home. She is not related to any of the children. Ludhiyamma loves the boys like her own grandchildren and is committed to both God and helping the boys have a loving, safe home.
Her children are now adults with their own families.

DEVI: House Mother
On Monday 27th October 2014, Devi (a widow), and her two sons Kerin, aged 8 & Emmuanuel, aged 6, joined our boys leadership home.
She has taken on the task as house mother alongside Ludhiyamma, the house grandmother.
After Devi was married she became a Christian. The Lord blessed them with two boys. Her husband was working as a car driver for a doctor. He became sick and five years ago he died. After Devi's husband died, she went to live with her mother in law. It has been very difficult to support her two children as they were all living in poverty.
Now she has the job of looking after the boys in the home.

How can YOU help?
Donate to help the boys ....
and with your generous gifts soon the girls of India also.